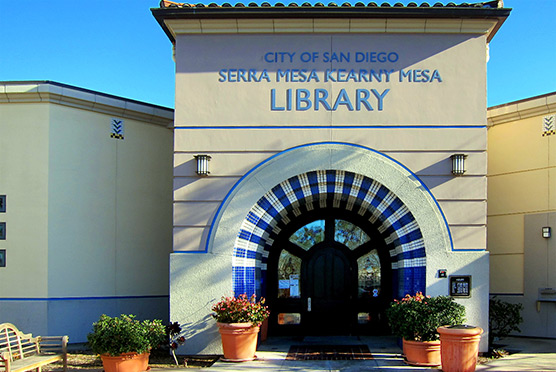 The Serra Mesa-Kearny Mesa Branch Library opened its doors to the community in December 2006. It includes a large children's area, outdoor patio, meeting and conference rooms and a computer lab. The library has a collection of approximately 54,000 books and other media, as well as 40 computers that are available to the public.

Prior to the installation of energy efficiency measure and solar (pre-retrofit), the library consumed about 1,100 MMBtu of energy annually, consisting of more than 273,000 kWh/year in electricity and 120 MMBtu/year in natural gas. Electricity accounted for about 90 percent of the library’s overall energy consumption, peaking in the summer months. Electricity was consumed primarily for lighting and HVAC, with the peak generally occurring in the summer months to meet increased air conditioning load.