For multifamily properties across the county, reducing operational costs without compromising tenant experience is a challenging tightrope to walk. At River Run Village Apartment Homes of Mission Valley, the property management team found the sweet spot by investing in property-wide solar thermal.

Solar Thermal by the Numbers

annual reduction on building gas use

In early 2014, the Mission Valley apartment complex was in the midst of a major remodel. Units were gutted and gas appliances replaced with more efficient and environmentally friendly electric appliances. River Run Property Manager Tom Sellers attended a conference for industry leaders around this time, where he spoke with solar contractors about the economic and environmental benefits offered by solar water heating. He also learned about rebates available through the California Solar Initiative-Thermal Program for multifamily properties like River Run. 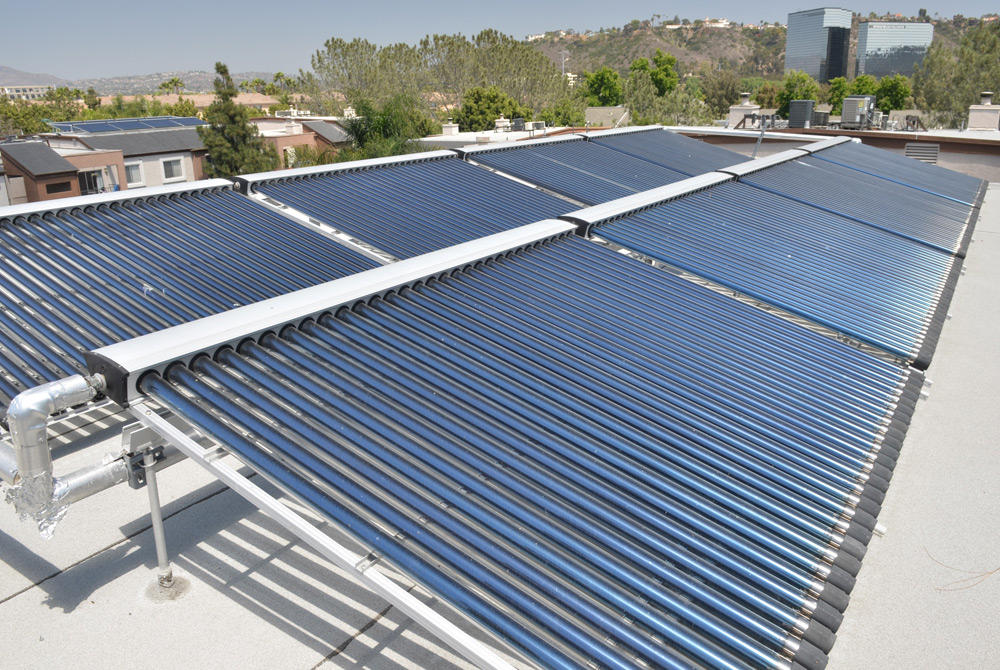 River Run’s solar contractor, Arnold Solar, proposed a system designed to meet their specific needs and site constraints. The 192-unit complex of 1- and 2-bedroom apartments is home to eight buildings, each with limited roof space, and its own central boiler that provides hot water to tenants. Each building ended up with its own array of six to eight solar thermal collectors, and one 660- to 800-gallon storage tank located on the ground floor. Installation took place during the winter, and River Run’s tenants experienced minimal disruption, with hot water only being shut off for a day.

RThe systems received a total CSI-Thermal incentive of approximately $147,000, covering just under half of the total system cost. Since then, CSI-Thermal incentive levels have increased. At the current incentive rate, the system would have received a total rebate of nearly $198,000, covering about 65% of the total system cost. For Tom, applying for the rebate was painless, as his solar contractor handled the entire process.

River Run wasn’t the only beneficiary of installing solar thermal. In the first year of operation, the systems reduced greenhouse gas emissions from natural gas combustion by approximately 108 metric tons of carbon dioxide. That’s the same as taking over 20 cars off the road for an entire year.

In Tom’s words, “Adding solar thermal was a cost-effective way to go green, allowing us to reduce our natural gas usage and operational costs without compromising our tenants’ experience.” According to River Run’s calculations, the solar thermal system and associated efficiency upgrades have outperformed original estimates and they expect their initial investment to be paid off by January 2019. 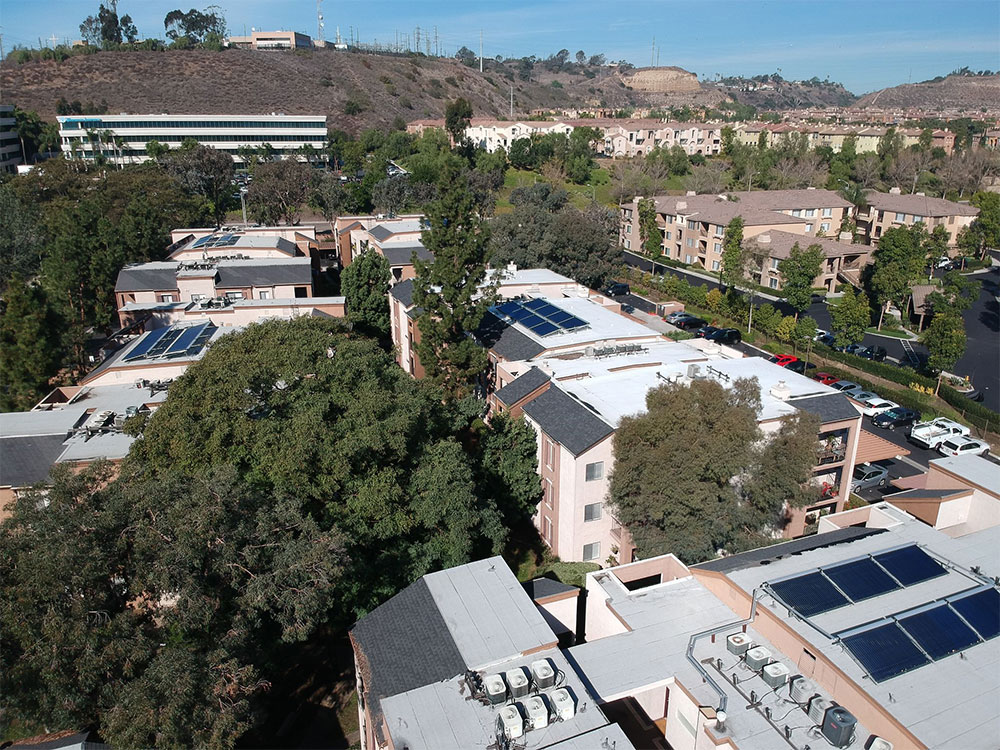 If you'd like to learn more about solar water heating and available rebates, join us for one of our free Solar for Business workshops.

Start your journey to cleaner energy. Use our find a contractor tool to find a CSI-Thermal eligible contractor in your area.