“With the low cost of natural gas, it’s hard to want to put in solar pool heating at first, but the immediate and consistent utility bill savings combined with the rebates and other factors, it makes for a good return on investment”

Solar Thermal by the Numbers

Waterworks Aquatics installed two solar thermal systems at their Carlsbad Swim Center on separate occasions to offset the cost of heating multiple indoor swimming pools. As a business whose operation revolves around heating pools, the solar thermal systems have greatly offset energy costs. The first system was installed at initial construction in 2011, and in order to offset more natural gas and save more money, another was installed three years later.

Waterworks Aquatics’ latest solar thermal heating system qualified for a rebate of $13,118 and provides annual energy savings of nearly $1,500. These savings will pay back the entire cost of the system in less than four years. Owner Jon Alpert likes the systems so much he’s installed solar pool heating at four of his eight swim center locations. 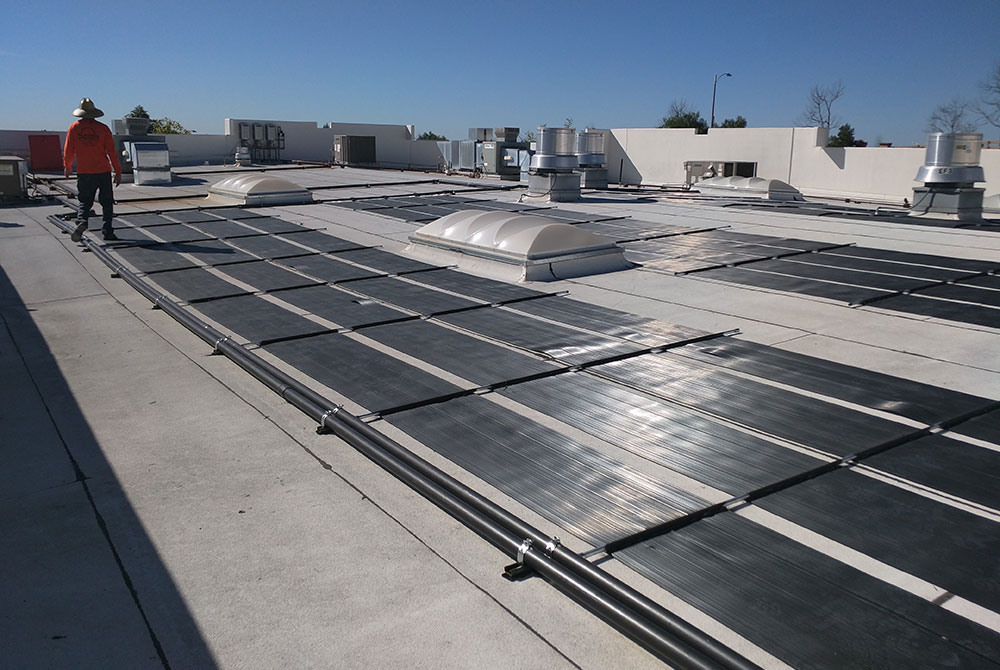 If you'd like to learn more about solar water heating and available rebates, join us for one of our free Solar for Businesses workshops.

Start your journey to cleaner energy. Use our find a contractor tool to locate an eligible contractor in your area.